Heated debate between Delhi and Beijing over ship in Sri Lanka 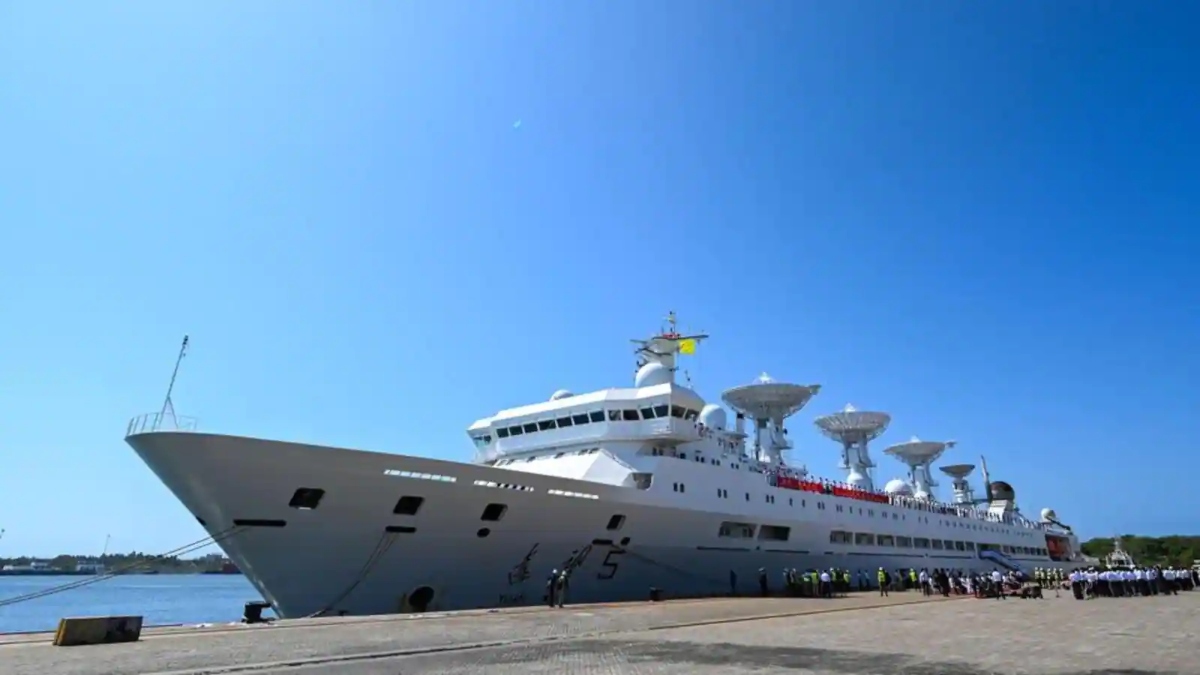 The docking of a Chinese military vessel in Sri Lanka has rekindled tensions between New Delhi and Beijing, this time over Colombo. A day after the Chinese Ambassador to Sri Lanka accused India of ...

The docking of a Chinese military vessel in Sri Lanka has rekindled tensions between New Delhi and Beijing, this time over Colombo.

A day after the Chinese Ambassador to Sri Lanka accused India of “thorough interference” in Sri Lanka’s sovereignty and invoked “the northern neighbor’s” history of aggression, New Delhi retaliated sharply on Saturday.

According to the statement, the Chinese envoy’s “violation of basic diplomatic etiquette may be a personal trait” or “reflecting a larger national attitude,” and his perception of Sri Lanka’s “northern neighbour may be coloured by how his own country behaves.”

This strongly worded statement by India was in response to a signed article by China’s envoy in Colombo, Qi Zhenhong.

The title of the article, which was published on the Chinese embassy’s website as well as the local news website Sri Lanka Guardian, was telling: “From One-China Principle to ‘Yuan Wang 5’: Let’s Join Hands and Resolutely Safeguard Our Sovereignty, Independence, and Territorial Integrity.”

This spat comes just days after Sri Lanka reversed its decision to allow the Chinese military research and survey vessel Yuan Wang 5 to dock at its Hambantota port from August 16 to 22 despite India’s concerns. The ship was supposed to dock from August 11 to 17, but it was postponed due to Indian protests.

Sri Lanka stated that its decision to allow the ship took into account the interests of all parties involved, in accordance with the “principle of sovereign equality of states.”

“Looking back at the island’s great history, Sri Lanka overcame aggression from its northern neighbour 17 times, colonisation by the West for 450 years, and an anti-terrorism war for nearly three decades,” envoy Qi wrote in his piece. is still standing bravely and proudly in the world. Any violation of Sri Lanka’s national sovereignty, independence, or territorial integrity will not be tolerated.”

He then connected this to the military vessel. “Approving a foreign vessel’s port call at Hambantota or any other port for replenishment is a decision made by the Sri Lankan government entirely within its sovereignty, not to mention that all of ‘Yuan Wang 5′ scientific research activities are in accordance with international law and common international practise.” External impediment based on ostensible security concerns’ but with no evidence from certain forces is, in fact, a complete interference in Sri Lanka’s sovereignty and independence. “Fortunately, thanks to the joint efforts of China and Sri Lanka, the incident was properly resolved, which not only safeguards Sri Lanka’s sovereignty and independence but also defends international fairness and justice once more,” the Chinese envoy said.

The Indian High Commission in Colombo responded on Saturday night, more than a day after the article was published.

“We have taken note of the Chinese Ambassador’s remarks.” His disregard for basic diplomatic etiquette could be a personal trait or a reflection of a broader national attitude. His perception of Sri Lanka’s northern neighbour may be influenced by how his own country acts. “We assure him that India is very different,” said the Indian High Commission in Sri Lanka.

Satellite, rocket, and intercontinental ballistic missile (ICBM) launches are tracked by ‘Yuan Wang’-class ships. China has about seven of these tracking ships that can operate in the Pacific, Atlantic, and Indian oceans. Beijing’s land-based tracking stations are supplemented by the ships.
New Delhi was concerned that the ship’s tracking systems might attempt to spy on Indian installations on its way to the Sri Lankan port. Prior to Sri Lanka’s U-turn, India had rejected China’s “insinuations” that New Delhi had pressured Colombo to oppose the planned visit by the Chinese vessel, claiming that it would make decisions based on its security concerns.

Read more: China strengthens influence in Iraq over trade in oil and infrastructure