Each flood victim family to get Rs10,000 as immediate relief in Hyderabad: CM KCR 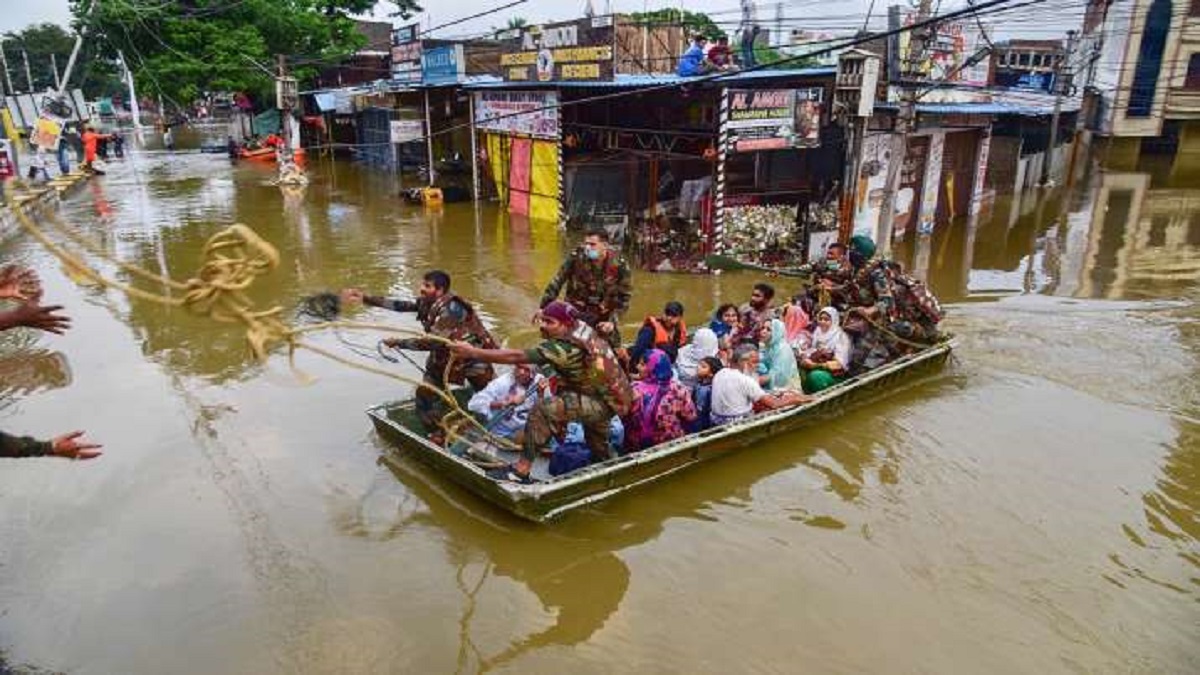 Hyderabad rains: K Chandrashekhar Rao has announced that the state government would extend help to people living in the low-lying areas in Hyderabad who were facing a lot of problems due to heavy r...

Chief Minister Of Telangana K Chandrashekhar Rao has announced that the state government would extend help to people living in the low-lying areas in Hyderabad who were facing a lot of problems due to heavy rains and flash floods. The CM said that as the surging water flooded their homes, people in the low-lying areas are facing a lot of hardships including losing their essential commodities like rice, pulses etc.

He announced that the government would extend Rs 10,000 as an immediate relief to each household which was affected by the flood. This financial help will be distributed from Tuesday morning itself. The CM also announced that all the houses which were totally damaged in the rains and floods would be given an assistance of Rs one Lakh each and partially damaged would be given Rs 50,000 each.

The CM instructed the officials to repair and restore all the roads and other infrastructure facilities on a war footing and ensure that life comes back to normalcy at the earliest. To help the poor, the government is releasing Rs 550 Crore immediately to the Municipal Administration Department, the CM announced. “Hyderabad has experienced such heavy rain that it has never experienced it in the last 100 years. Due to heavy rains and flash floods, people especially the poor who live in slums in low-lying have suffered a lot. It is the primary responsibility of the government to help them. Hence, we have decided to extend Rs 10,000 help to each affected household of the poor in low-lying areas,” the CM said.

The CM has instructed Hyderabad, Rangareddy, and Medchel Collectors under the Hyderabad jurisdiction to send the teams on the field to start distributing the amount to the poor from Tuesday morning itself. The CM instructed Chief Secretary Sri Somesh Kumar to monitor the financial help distribution programme by setting up 200 to 250 teams. The CM said that all the Ministers, MLAs, Corporators, Mayor and Deputy Mayor in Hyderabad should treat helping the poor as their responsibility and actively participate in the programme.

The CM said the government is ready to extend the help to any number of the poor even their number is in lakhs. Hence, the details of the affected families should be brought to the notice of the officials concerned for getting the help. The CM also urged the TRS leaders and workers to actively participate in the programme and ensure that the deserving poor receive the help. Based on the instructions given by the CM, the Finance department has released Rs 550 Crore to the Municipal Administration department.