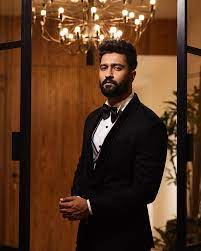 On Monday, actor Vicky Kaushal posted a behind-the-scenes video from his next film ‘Sam Bahadur’ on his social media account.

The ‘Masaan’ actor shared a trailer from his forthcoming film ‘Sam Bahadur’ on his Instagram account. Vicky captioned the video when she shared it.

He wrote, “Only Gratitude as we set out on this extremely special Journey. #Sambhaadur Now Filming! We are thankful for your continued support @indianarmy.adgpi @indianairforce @indiannavy @jehanmanekshaw @bottlesidlemind and the Manekshaw family.” He also tagged the cast and crew of the film.

This video starts with Vicky’s transition into Sam Bahadur during their table reads. It also offers a peek of the trip they are going to embark on and the value they are adding to the presentation of the honourable Sam Manekshaw’s life.

The film includes behind-the-scenes footage of the actors and staff personnel. Vicky’s metamorphosis into Sam Bahadur begins with a script reading session.

The movie illustrates the process of creating the biography film as well as the pleasant times on site.

The film captures a remarkable occasion in which the ‘Uri’ actor appears with great lyricist Gulzar. Vicky was spotted caressing Gulzar’s feet and receiving blessings from him.

The video also includes a close-up of Vicky’s appearance in the film.

As soon as the video was released, the actor’s fans and industry colleagues left their well wishes in the comments area.

‘Sam Bahadur’ is based on the life of Field Marshal Sam Manekshaw, the renowned Chief of the Army Staff.

Meghna Gulzar, the director of ‘Chhapaak,’ directs the film, which stars Sanya Malhotra as Sam Manekshaw’s wife Siloo Manekshaw and Fatima Sana Sheikh as former Prime Minister of India Indira Gandhi. Ronnie Screwvala is in charge of the production.

Sam Manekshaw served in the Army for four decades and five conflicts. He was the first general in the Indian Army to be appointed to the rank of Field Marshal, and his military success in the 1971 Indo-Pak war resulted in the establishment of Bangladesh.