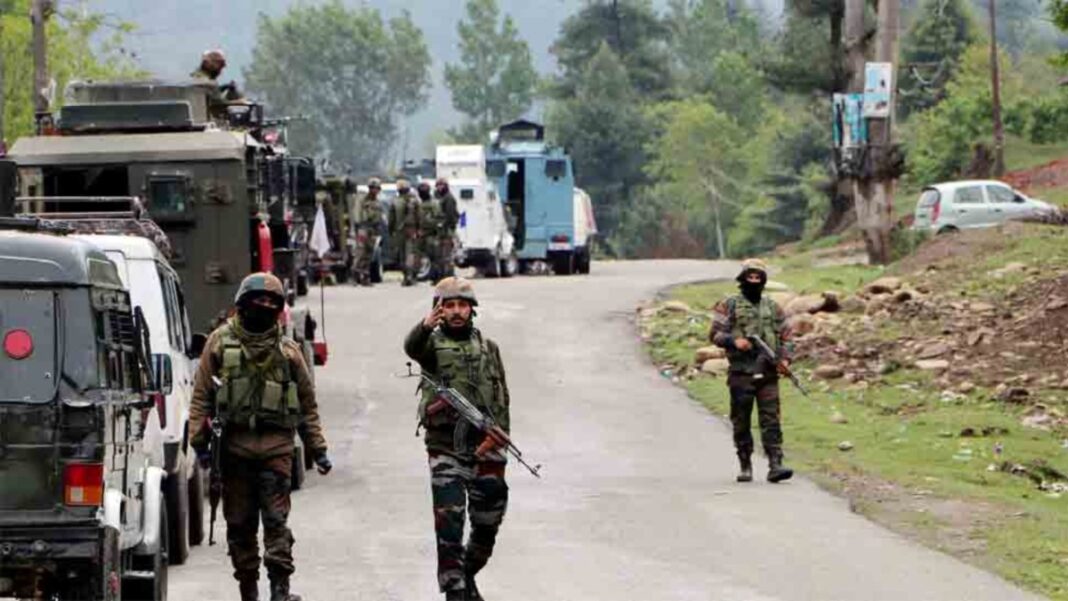 An army officer said on Thursday that two terrorists who tried to infiltrate an army company operating base in Pargal in the Darhal region of Rajouri, Jammu & Kashmir, were defeated.

Three Army servicemen died in the incident that occurred 25 kilometres from Rajouri, according to officials. The area has been sealed off by security personnel, and more people have been sent to the scene.

Jammu Zone Additional Director General of Police Mukesh Singh stated, “Someone attempted to scale the perimeter fence of the Army camp at Pargal in the Darhal neighbourhood of Rajouri. The exchange of fire happened. Added parties were sent to the spot, which is 6 kilometres from Darhal PS. Killing of two terrorists.”

The attack occurs a few days before the nation celebrates its 75th Independence Day.

Three LeT militants were eliminated by security personnel in Budgam a day prior to the attack. Rahul Bhat and Amreen Bhat, two civilians, were slain along with one of the terrorists who was killed in the attack.