Gopinathan has stepped down on August 21 in order to protest against the government’s move to abrogate Article 370 of the Constitution. He claimed that people of Jammu and Kashmir were denied fundamental rights by the Centre as it imposed Section 144 and snapped communication, a day ahead of the invalidation of the special status of Jammu and Kashmir.

Senthil cited personal reasons as a reason for resignation and said his decision was in no way connected to anyone or to any event in his current profile. In a statement, he further apologized people and his colleagues for discontinuing the job vested on him midway.

However, he expressed his concern over the fact that his designation would present extremely difficult challenges to the fabric of the nation in the coming days. He further noted that it was necessary for him to discontinue as a civil servant when the fundamental building blocks of India’s diverse democracy was being compromised in an unprecedented manner. 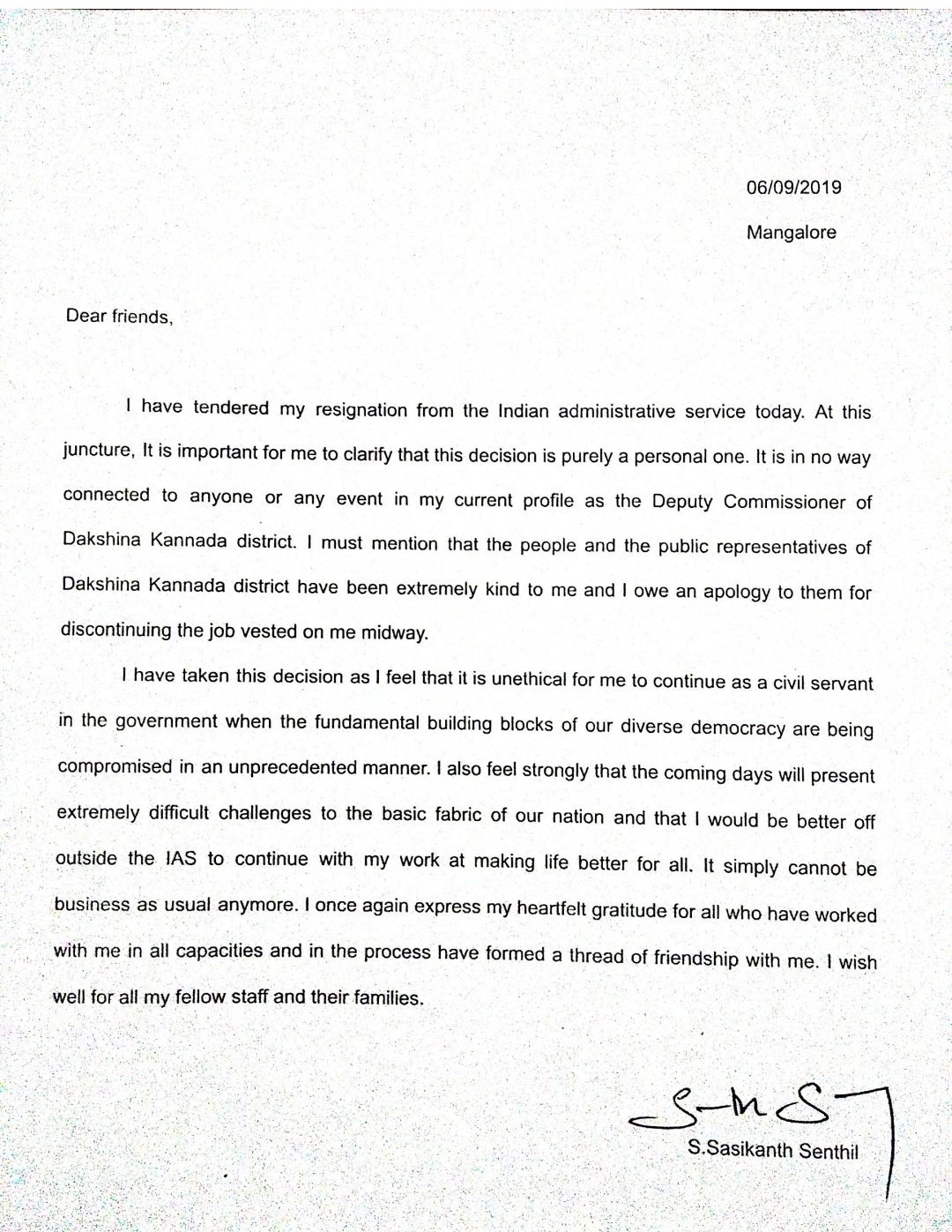 Meanwhile, Karnataka Chief Minister BS Yediyurappa has directed Chief Secretary TM Vijay Bhaskar to take the cognizance of the letter and claims made by Senthil into the matter. Senthil had taken the charge of  Dakshina Kannda two years ago in 2017.

Sasikanth Senthil is a 2009 batch Karnataka cadre IAS officer and hails from Tamil Nadu. He has completed his graduation from Regional Engineering College of Bharathidasan University, Trichy in Electronics and Communications.

Reports said that Senthil had asked Zilla Panchayat CEO Selvamani R to take charge during his absence. It has also been reported that he was on leave for a week prior to submitting his resignation.

Nitin Gadkari says states have right to decide on traffic penalties, a day after Gujarat’s announcement

Asaduddin Owaisi slams PM Modi over cow, Om remarks, says prime minister should be concerned when people are killed in the name of cow

Kashmir issue: UN says mediation only if both India, Pakistan ask for it, urges them to resolve tensions via dialogue

Unnao rape case: Trial proceeding begins in temporary court set up at AIIMS with no media and public