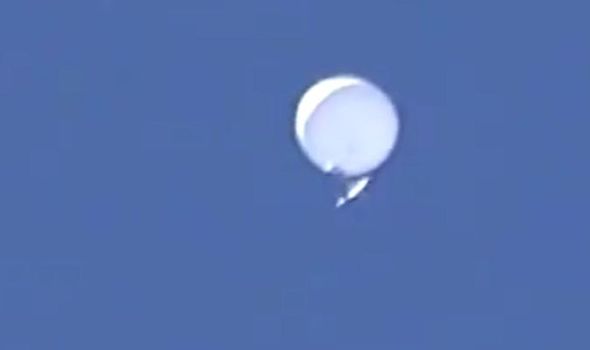 A mysterious balloon-like structure was spotted floating around the skies of Japan. The UFO-like object has captured attention in the country with various theories and memes hovering around.

2020 has been a year full of unprecedented events. A new one that has added to the list is a mysterious balloon-like object floating in Japan’s skies. The peculiar object was spotted in the Sendia and Murata areas of the country. Soon after, netizens took social media by a storm with their take on spotting a balloon-like ‘UFO’ in the sky.

The officials at the Sendia Weather Bureau have called it an ‘unmoving object’ and have suspected that it may be used to monitor weather conditions. But, they have also simultaneously clarified that it is not theirs. Pictures and videos of the ‘white object’ soon went viral online, with speculations ranging from it being a UFO to a North Korea propaganda.

There have been various memes and jokes curated on the UFO by the netizens, with many of them blatantly calling it a ‘balloon’. It is the third most trending topic on twitter in Japan with various theories being curated by people.

This balloon-like strange object in the sky above the City of Sendai in Japan was captured into the camera on June 17, 2020. The object sparked Japanese social media platforms and the authorities stated they did not even recognize what actually it was.#worldwidestories #ufo pic.twitter.com/rUmkKybweq

A balloon-like white object in the sky is pictured in Sendai, Japan. #UFO pic.twitter.com/eVxLnTdA2A

Unidentified object in Japan leaves people asking if it's a UFO…or a coronavirus contraption#object …https://t.co/eG1ukdL9SV

One of the users on Twitter said that it may be a coronavirus spreading object while the other user tweeted saying that he feels as if ‘Godzilla’ might suddenly appear. A bureau spokesman further said that he has ‘no idea about the eery object’ floating in the sky.