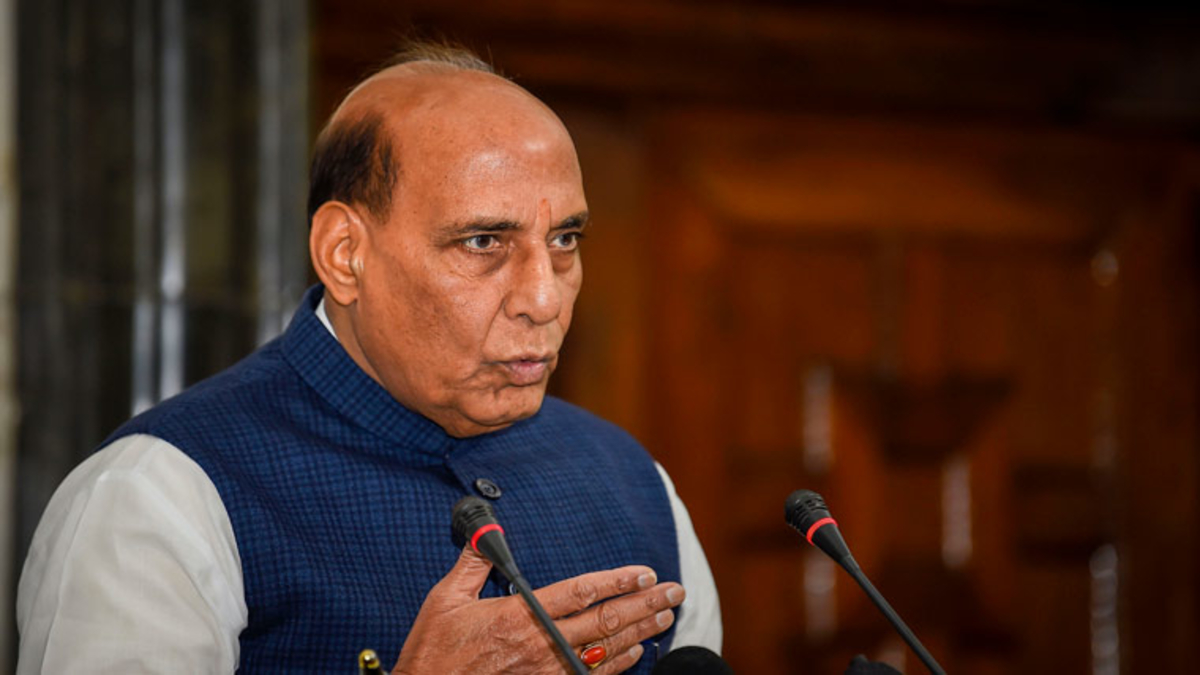 Defence Minister Rajnath Singh blasted Congress President Mallikarjun Kharge on Wednesday for statements he made about Prime Minister Narendra Modi during one of his public gatherings for the Gujarat assembly elections.

Speaking at a press conference in Ahmedabad, Rajnath Singh said, “Congress is using inappropriate words. In a healthy democracy, using inappropriate words against anyone isn’t a sign of healthy politics. Words used by Congress chief Kharge for Prime Minister isn’t only his mentality but the result of the entire Congress’s mentality.” The Defence Minister added, “Prime Minister is not just an individual but an institution and they are making such statements against the PM”.

Notably, during a poll campaigning for the Party, Congress chief Mallikarjun Kharge at a rally in the Behrampura area of Ahmedabad described PM Modi as Ravana, wherein he said, “In all these campaigns, he (Modi) only talks about himself. ‘Don’t look at anyone else, just look at Modi and vote’… how many times do we have to see your face? How many forms do you have? Do you have 100 heads like Ravan?”

Earlier also Kharge on Sunday lambasted Prime Minister Modi terming him as a “leader of lies”.

The Congress chief accused the BJP and its top leaders of resorting to prevarications in order to gain the sympathy of the people.

Addressing an election rally in Dediapada in Narmada district, Kharge had said, “They ask us, especially Modiji and Shah (Amit shah) what the Congress has done in 70 years. If we have not done anything in 70 years then you wouldn’t have democracy in the country.

“A person like you (PM Modi) claims to be poor. I am also poor, am one of the untouchables. People drank your tea, nobody would’ve had my tea. Then you say that you are poor and somebody abuses you. If you say it for sympathy then people have become smarter now. If you lie once or twice people will hear but how many times will you lie? He’s the leader of lies…,” he had added.