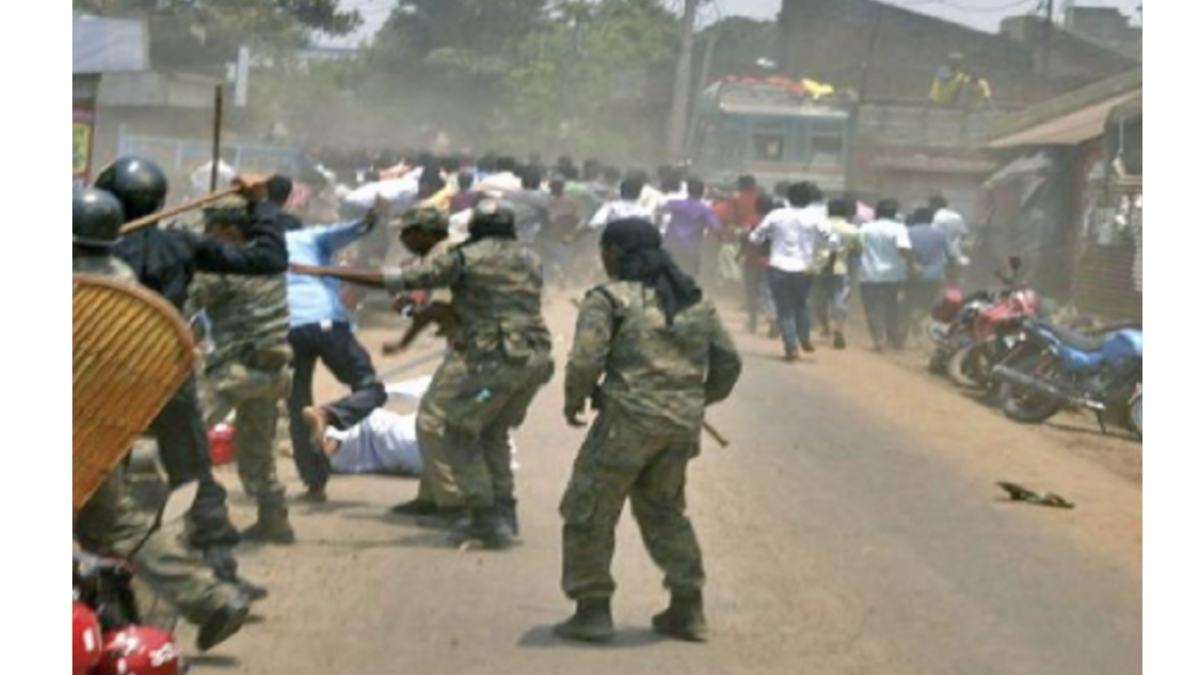 During the first phase of voting, violence was reported in West Bengal. At the same time, the TMC, the ruling party, has accused the Election Commission of getting into trouble with the app. Meanwhile, a number of violent incidents have also reported from various regions. Two security personnel were injured in East Midnapore during the gunfire. Sushant Ghosh, a candidate for the CPM, was engaged in a fistfight in Salboni. Simultaneously, the vehicle of BJP leader Suvendu Adhikari’s younger brother, Soumendu Adhikari, was reportedly attacked, and the TMC has been blamed.

Voting underway smoothly in Midnapore town. But, at some places in rural areas, TMC workers are trying to create a disturbance. At booth no. 266 & 267, 7-8 TMC workers entered the booth to influence the voters. We've complained to EC: BJP candidate from West Midnapore, Samit Das pic.twitter.com/nVZUn4TPnP

In East Medinipur, West Bengal, the attack occurred just before voting began. During the firing in Satsatmal, Bhagwanpur assembly constituency, two security personnel were wounded. TMC has been accused by the BJP. “People connected with the TMC are threatening people in the Argol Panchayat area,” said District President Anoop Chakraborty.

Sushant Ghosh, a CPM candidate, was attacked by a man in Salboni. The situation worsened when, stones were hurled at the CPM candidate’s vehicle by the crowd. Sushant Ghosh has blamed the attack on the Trinamool Congress. There is also a recording of this. In this scenario, three suspects have been arrested.

A vehicle hired for election duty was set on fire in Bandwan, Purulia district, just hours before the first phase of voting in West Bengal. The car was said to be returning after leaving the election officials at the polling station. Tulsidi village, in the Naxal-affected Junglemahal region of the state, was set on fire during this period.

Soumendu Adhikari, the younger brother of BJP leader and Nandigram candidate Suvendu, has said that his car was attacked. Ram Govind Das, the accused TMC block chief, and his wife were rigged at three polling booths, he said. “My arrival caused them problems, and they were unable to do anything wrong.” As a result, they vandalized my vehicle and assaulted the driver, added Soumendu. Although, Soumendu is unharmed and the driver has been beaten up badly. The Police has been informed.

TMC cadres are allegedly attempting to spread discontent in rural areas, according to BJP candidate Samit Das from West Midnapore. TMC activists entered booths 266 and 267 from 7 to 8 a.m. to try to impress voters. According to Soumendu Adhikari, the Trinamool Congress has allegedly employed a local numerologist to discourage voters. Terrorists are seeking to sway voters and officials to vote for TMC.