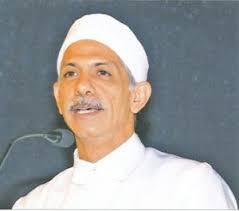 In a enlightening conversation with NewsX, Dr Ramiyar P Karanjia, Dadar Athornan Institute spoke about how Iran’s history has been, till the time when the Parsi community, or the Zoroastrian religion moved from the country.

For our first question, we asked him how was Iran different years ago as of today, to which he replied “Paris have never differentiated between men and women, ladies have been venerated. Ladies were respected, she was called the mistress of the house (Master of the houses). Princess were made into Queens, so gender was never an issue in Zorarstrian Iran. Many nationalities have ruled Iran. So considering that in the last 1300yrs Iran has got so many changes.”

“Since last more than 40yrs Iran is under Islamic rule and whoever is the ruler they want they want their rules to be followed by the subject hence the Iran that we see, Islamic republic of Iran took over is quite different from what was Iran in the previous thousand years or what was Iran of what we call the Zoroastrian Iran that is before 650 AC” he added

On being asked about his views on Muslim women having the autonomu to choose, or this choice varies across religions, he replied ” These issues are internal to religion, I would not like to comment on something which is an issue of another religion. In the same way I would not like others to interfere in the religion of others, because religion is aspect which is best observed by the followers of the religion.”