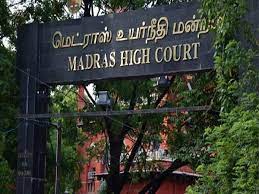 The Madras High Court ordered status quo ante as on June 23 with respect to the leadership of All India Anna Dravida Munnetra Kazhagam (AIADMK) on Wednesday. The Madras High Court’s Justice G Jayachandran declared in O. Panneerselvam’s favour, which means that Edappadi K Palaniswami’s appointment as interim general secretary during the general council meeting on July 11 will not be valid.

The court also ordered that the AIADMK convene a fresh general council meeting. O Paneerselvam had questioned the legality and violation of bylaws in convening the AIADMK General Council meeting.

O Panneerselvam and General Council (GC) member P Vairamuthu requested the Madras High Court to change Justice Krishnan Ramasamy on Thursday from hearing the case they have filed against the July 11 General Council Meeting stating that the judge has made personal remarks about OPS.

The single judge strongly criticized Panneerselvam’s side, declaring that “The act of bringing the judiciary into disrepute is an act of contempt and displeasure” , for filing a complaint to the Chief Justice to replace the judge.

OPS requested to Chief Justice that he need a different Judge to handle the case, so Judge Krishnan Ramaswamy mentioned OPS’s side that he could have appealed to himself if there was an amendment.

Justice Krishnan Ramasamy stated, “Your side has acted to justify its views expressed in the July 11 order”.

The Madras High Court received a petition on July 29 from the faction of former Tamil Nadu Chief Minister O Panneerselvam protesting the recent AIADMK general council meeting at which OPS was expelled from the party.

A bench headed by Chief Justice NV Ramana asked the High Court to take decision of the case within three weeks.

Additionally, it urged the AIADMK’s OPS and Edappadi K Palaniswamy (EPS) factions to maintain the status quo with regard to the affairs of the party.

In its General Council meeting held on July 11, the dual-leadership model in the AIADMK was terminated and OPS was expelled from the party for “anti-party” activities during the party sessions.

EPS was appointed the party’s interim general secretary during the meeting.

On July 6 the Supreme Court stayed the June 23 division bench order of the Madras High Court order that had restrained the AIADMK General Council from amending the party bye-laws during its meeting.