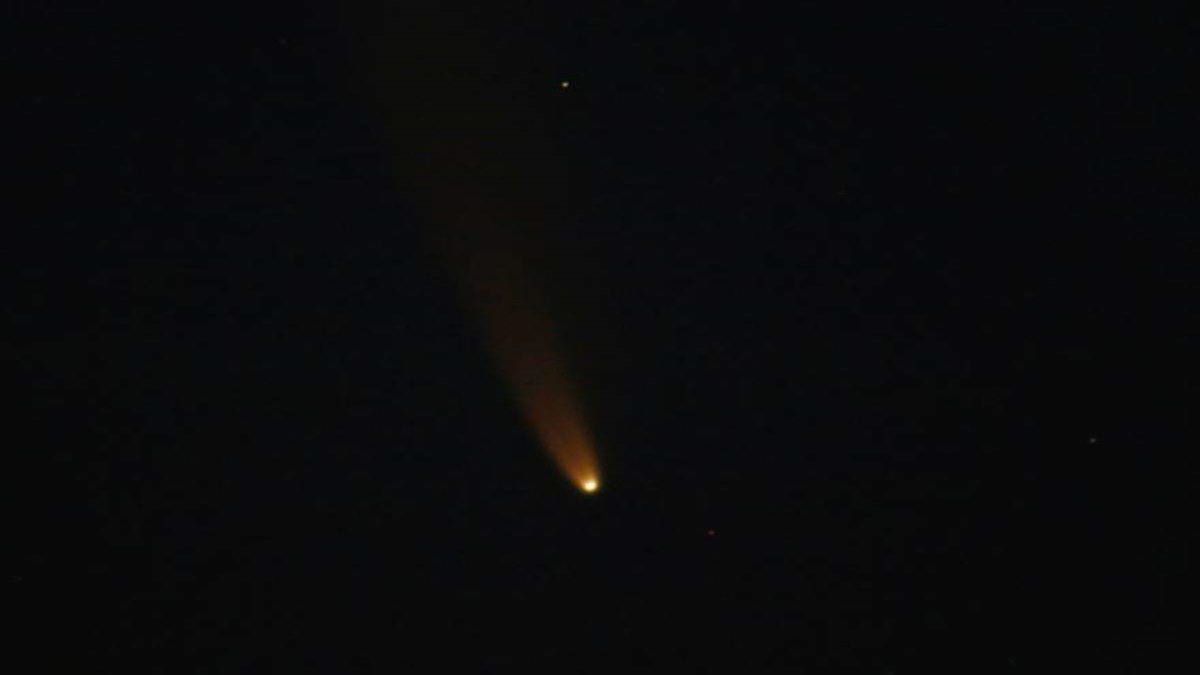 The comet was discovered by NASA's special infrared survey explorerer telescope on March 27 is expected to be visible to the naked eye from July 14 for the next 20 days in India, predawn. Spectato...

“From July 14, C/2020 F3, a comet discovered on March 27, will be clearly visible in the north-western sky. It will be visible after sunset for around 20 minutes for the next 20 days. People can observe it from naked eyes,” said Deputy Director, Pathani Samanta Planetarium, Odisha.
It can be seen by skywatchers at predawn.

“A far better viewing perspective will be available in the evening sky starting around July 14, when it will appear low in the northwest sky (20 degrees from the horizon) for around 20 minutes. In the evenings to follow, the comet will rapidly climb higher in the sky and will be visible for a longer period,” said Dr. Subhendu Pattnaik, Deputy Director Pathani Samanta Planetarium, Bhubaneswar.

“Around 30th July it can be seen near Ursha Major (Saptarshi Mandal) at an altitude of 40 degrees and will be visible for an hour. After July it will fade away very fast and will not be visible to the unaided eye. A pair of binoculars or a small telescope will enhance its visibility,” he added.

Comets are cosmic snowballs of frozen gases, rock and dust that orbit the Sun in a highly elliptical path. When frozen, they are of the size of a few hundred kilometers may be compared with the size of a small town. When a comet’s orbit brings it close to the Sun, it heats up and melts thereby releasing a large amount of dust and gases into a giant glowing head larger than most planets.

The dust and gases form a tail that stretches away from the Sun for millions of kilometers in the opposite direction. There are likely billions of comets orbiting our Sun in the Kuiper Belt and even more distant Oort Cloud. The current number of known comets is: 3,650.