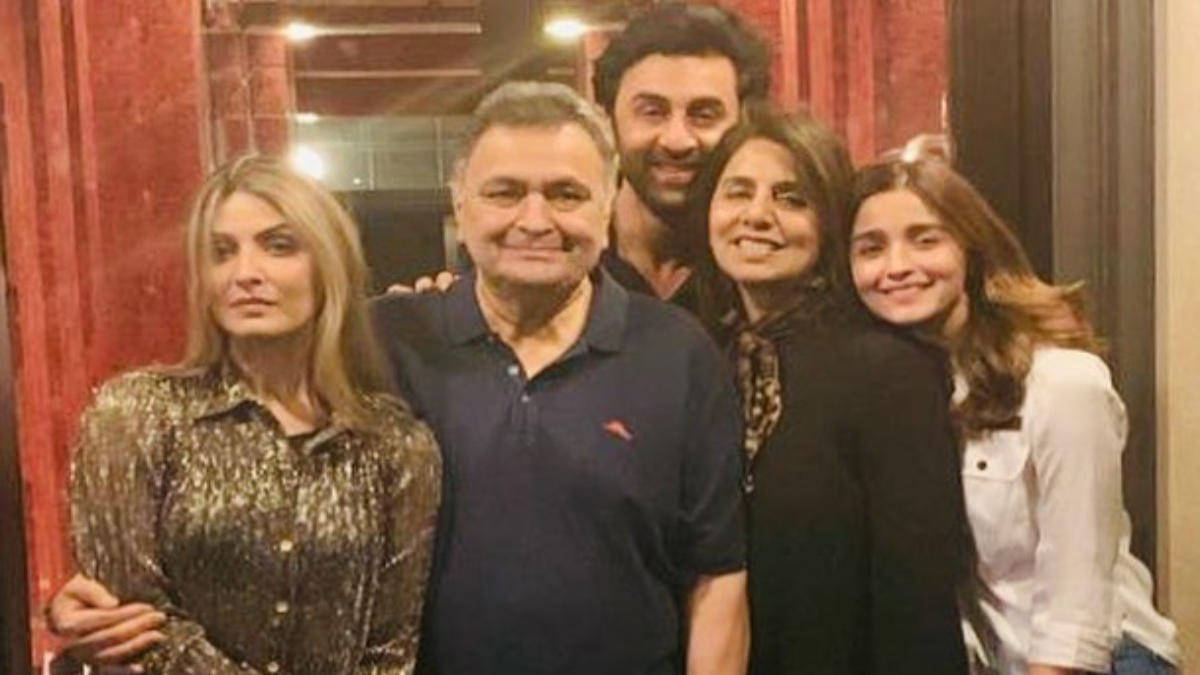 Rishi Kapoor no more: Bollywood actor Alia Bhatt has reached the hospital where Rishi Kapoor breathed his last. She worked with Rishi Kapoor in Student of the year and Kapoor and sons.

Rishi Kapoor no more: Amid a deafening silence on her social media pages, Bollywood actor Alia Bhatt has reached Mumbai’s H N Hospital where veteran actor Rishi Kapoor breathed his last to support beau Ranbir Kapoor and his family. Celebrity photographer Viral Bhayani has shared a video on Instagram to confirm the same. It is also reported that the last rites of Rishi Kapoor would be conducted today at Chandanwadi crematorium.

Alia Bhatt is very close to the Kapoor family and accompanied Ranbir Kapoor during his visits to Rishi and Neetu Kapoor in New York while the family was there for the actor’s cancer treatment. Alia Bhatt has also worked with Rishi Kapoor with films like Student of the year and Kapoor and sons.

When asked about Ranbir and Alia’s relationship, Rishi Kapoor had earlier told a news portal that everyone knows what is there. He doesn’t need to say anything more. However, he really thinks that Ranbir should get married now. He can marry whoever he wants to as he has no objection to it but he does wants to spend some time with his grandchildren before he is gone.  In an another interview, Rishi Kapoor had said Neetu likes Alia, he likes Alia and Ranbir likes Alia. All his uncles and him chose their own life partners so Ranbir is entitled to his choice as well.

Also Read: Rishi Kapoor’s daughter gets permission to drive 1,400 km from Delhi to Mumbai for her father’s funeral amid lockdown

#aliaabhatt today at the hospital to be with the family and next to #RishiKapoor #rip ??

Alia Bhatt and Ranbir Kapoor will be seen together in the upcoming film Brahmastra. Reports of them tying the knot by end of this year has also been making headlines since quite some time.

Your family is your whole world ❤️ so so many LOVES in these beautiful moments ???

AND moments like these make you forget all the stress ? congratulations so proud n happy #filmfareawards #bestactor#bestactress ?????????