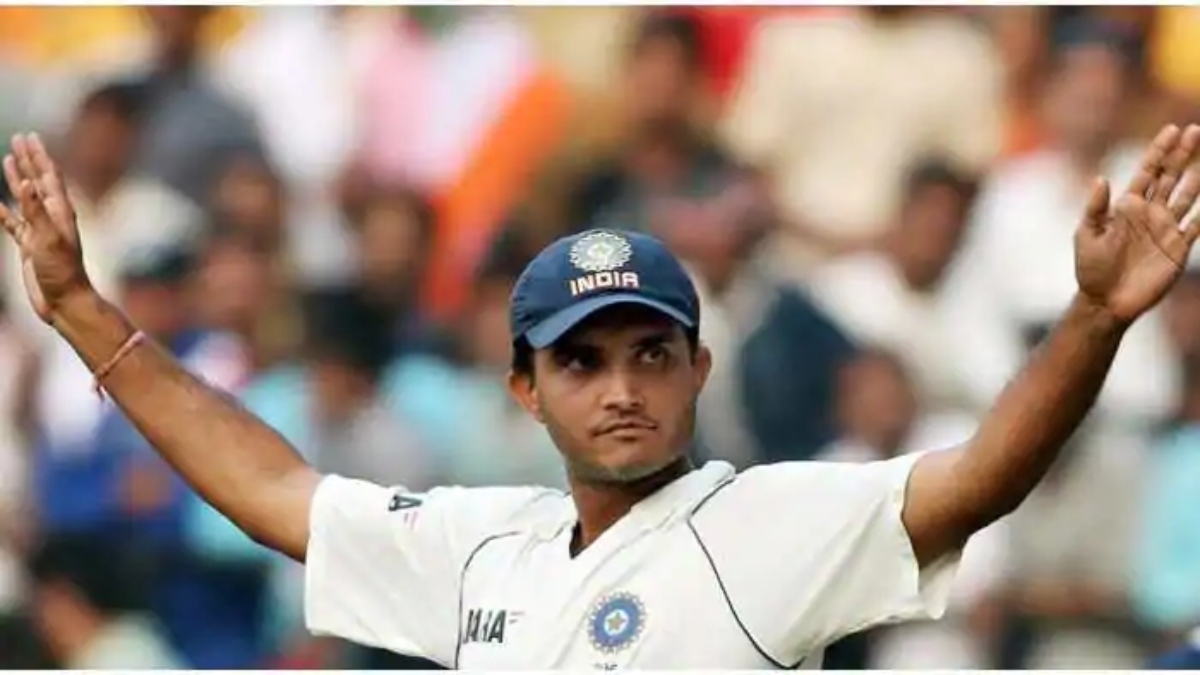 Celebrating Sourav Ganguly: On the occasion of his 48th birthday, we trace Sourav Ganguly's journey in the cricket universe. He is currently the President of BCCI.

Former India skipper Sourav Ganguly is renowned for his leadership style and not letting the opposition breathe easy in a match. Termed as ‘God of off-side’ by Rahul Dravid, Ganguly has never been the one to take a backseat. Rather, he has always believed in taking the mantle and controlling the uncontrollables.

For over a decade, Ganguly’s swashbuckling yet elegant batting enthralled the fans in the country and worldwide and it also gave the opposition a headache. Popularly known as ‘Dada’, he had made his Test debut against England in the summer of 1996. He immediately made headlines as he went on to score a century in his maiden Test at Lord’s.

In the 1999 Cricket World Cup, Ganguly played a knock of 183 runs against Sri Lanka and was involved in a 318-run partnership with Rahul Dravid. In 2000, the match-fixing scandal engulfed the Indian camp and Ganguly was then made the captain of the side. It was a herculean task to manage the team in turbulent times.

As soon as Dada became the skipper, he started grooming new talent. It is a testament to his leadership that Yuvraj Singh, Harbhajan Singh, Mohammad Kaif, MS Dhoni, Ashish Nehra and Zaheer Khan all came into their own with Ganguly under his leadership.

Ganguly first led India to the finals of the 2000 ICC Knockout Trophy. In 2001, another watershed moment came for the Indian cricket as the Ganguly-led side defeated Australia 2-1 in the Border-Gavaskar Trophy.

During the series, India recorded their most famous Test victory at the Eden Gardens. India was asked to follow-on by Steve Waugh-led Australian side, but VVS Laxman and Rahul Dravid scripted one of the greatest comebacks for the Indian team.

Many former captains like Nasser Hussain and Waugh recalled how Ganguly used to ‘get under their skin’ by showing up late for the toss.

Now, who can forget Ganguly taking off his jersey at the Lord’s balcony, when India famously beat England, from the jaws of defeat, in the finals of 2002 Natwest Trophy.

Two youngsters — Yuvraj Singh and Mohammad Kaif — scripted the victory for the Men in Blue and Ganguly then erupted with joy.

The 48-year-old Ganguly had also guided India to the finals of the 2003 World Cup and the side just fell short in the summit clash against Australia.

He had also led to an ODI and Test series in Pakistan in 2004. The Test series victory was a first for India on Pakistani soil.

Ganguly also had to defy all the odds during the 2005-06 season as he was omitted from the squad after a fall-out with the then coach Greg Chappell. The former Australian cricketer has been criticised for ‘ill-treating’ Ganguly and creating a hostile environment in the team. But being the fighter he is, Dada returned to the side and made a comeback by registering fifty-plus scores in Johannesburg.

The Prince of Kolkata called time on his career in 2008 after playing his last Test against Australia in Nagpur. The left-handed batsman continued to play the Indian Premier League (IPL), but he retired from domestic cricket in 2012.

The former skipper played 113 Tests and 311 ODIs for India. The left-handed batsman scored 18,575 runs across all formats in his international career. Ganguly had led India in 195 matches across all formats and managed to win 97 matches out of those.

The Prince of Kolkata later went on to become the president of the Cricket Association of Bengal (CAB) and now has been appointed as the president of BCCI in October last year. Ganguly played a key role in pushing the idea of day-night Test cricket in India. His efforts paid off as India played its first-ever day-night Test match against Bangladesh at Eden Gardens in 2019.