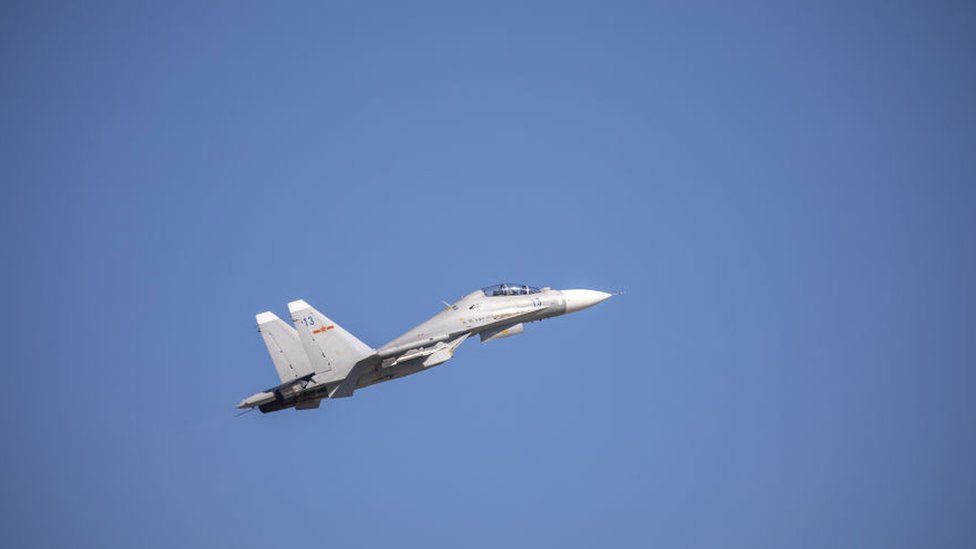 Tensions between Taiwan and China continue to escalate as Beijing dispatched at 21 aircraft and five warships to conduct exercises near the border regions of Taipei on Friday. As per Taiwan’s Defen...

Tensions between Taiwan and China continue to escalate as Beijing dispatched at 21 aircraft and five warships to conduct exercises near the border regions of Taipei on Friday. As per Taiwan’s Defense Ministry, 5 PLAN (People’s Liberation Army Navy) vessels and 21 PLA (People’s Liberation Army) aircraft were found on Friday until 5 PM. Four Xi’an JH-7 fighter-bombers, two Sukhoi Su-30 fighters, and two Shenyang J-11 jets were among the aircraft.

According to Taiwan media reports, the JH-7 and Su-30 jets crossed the median line at its northern end, while the two J-11 fighters did likewise at its southern end.

Taiwan reported on Thursday that 51 Chinese aircraft and six ships had breached its air defence identification zone (ADIZ), including 25 Chinese fighter bombers that had flown east of the median line of the self-governing island. At 7 p.m. (local time), Taiwan’s Ministry of National Defense (MND) declared that 51 People’s Liberation Army Air Force (PLAAF) fighter planes and bombers as well as six People’s Liberation Army Navy (PLAN) vessels had entered Taiwan’s ADIZ as of 5 p.m. According to Taiwan media, 25 of these aircraft had either breached the median line or had been seen flying in the extreme southwest corner of the ADIZ to the northeast of the Dongsha Islands.

It should be mentioned that China on Friday responded forcefull and said it will respond to the ongoing “US aggression” after the United States confirmed its decision to resume military drills in the Taiwan Strait. China’s ambassador to the US, Qin Gang, asked his American colleagues to refrain from conducting any military drills with Taiwan.