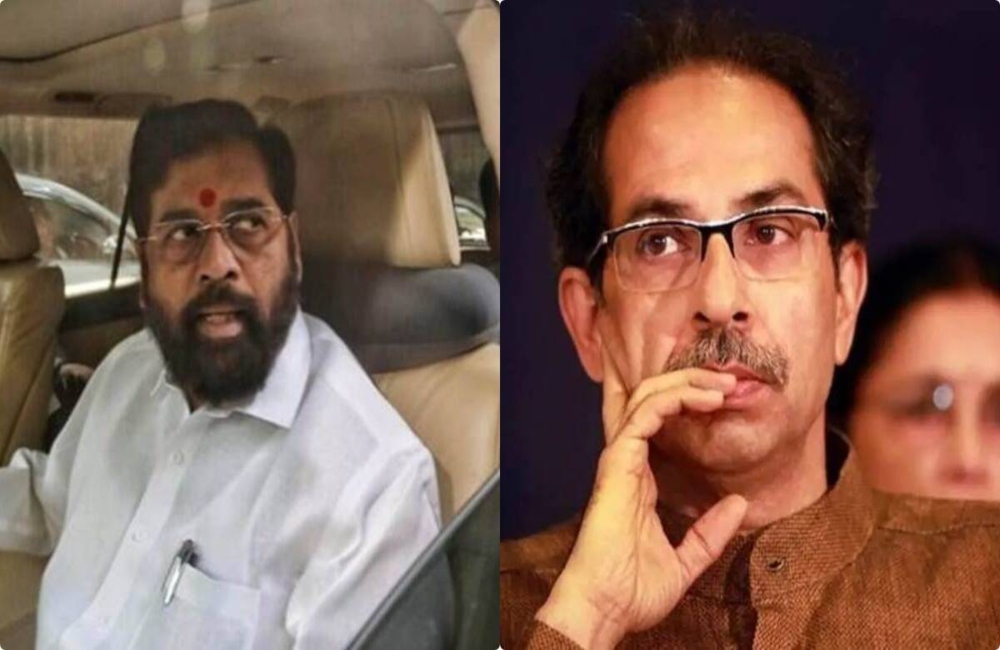 For the first time since the Shiv Sena's inception 56 years ago, rival factions of the party will hold two Dussehra rallies in Mumbai on Wednesday evening, led by Maharashtra Chief Minister Eknath ...

The Mumbai Police have increased security at Shivaji Park and the Bandra Kurla Complex in anticipation of large crowds at Sena faction rallies.

For the first time since the Shiv Sena’s inception 56 years ago, rival factions of the party will hold two Dussehra rallies in Mumbai on Wednesday evening, led by Maharashtra Chief Minister Eknath Shinde and his predecessor Uddhav Thackeray, in what is being billed as a show of strength by both camps following a change in government in June.

The Mumbai Police have reinforced security at Shivaji Park and Bandra Kurla Complex (BKC) in anticipation of large turnouts at Sena faction rallies, an official said on Tuesday.

According to sources, around 5,000 buses, a number of small tourist vehicles and cars, and a special train have been hired to transport followers of the two opposing Shiv Sena groups to their respective Dussehra demonstrations.

The rallies have sparked considerable interest in political circles as well as among ordinary residents, and there will be more than just speeches by the two friends-turned-foes as competing factions vie to promote themselves as the’real’ Shiv Sena and claim the late party founder BalThackeray’s legacy.

While the Uddhav Thackeray faction will have their rally in the historic Shivaji Park in Dadar in central Mumbai, a venue associated with the ShivSena since its foundation in 1966, the Shinde faction will hold their rally at the MMRDA ground in BKC in the suburbs.

The huge MMRDA site is next to ‘Matoshree,’ the Thackeray family’s private mansion in Bandra.

Both camps claim to be carrying on the ideas of Bal Thackeray, who was renowned to deliver strong speeches during the Dussehra rallies at Shivaji Park year after year until his death in 2012.

Since then, his son Uddhav Thackeray, a former CM who lost power in June after a revolt by his once-trusted aide Eknath Shinde, has spoken at the annual event.

Due to COVID-19 restrictions, the Dussehra rally is being staged at Shivaji Park after a two-year hiatus.

Both sides have promised that their rallies will be a huge success, with key leaders putting the finishing touches on the major events. On the ground, saffron flags and banners adorn the surroundings surrounding the two sites.

Shiv Sena head Uddhav Thackeray is likely to unleash assaults on the Shinde group and the Bharatiya Janata Party (BJP), a former ally that now forms part of the state administration.

In his presentation, the chief minister is expected to criticise Uddhav Thackeray for “deviating” from Hindutva by forming the Maha Vikas Aghadi (MVA) administration in November 2019 with his former enemies Congress and the Nationalist Congress Party (NCP).

Mr Shinde’s rebellion against Uddhav Thackeray’s leadership brought down the MVA administration in June of this year.

Sheetal Mhatre, a Shinde camp spokesperson, estimated that 3.5 to 4 lakh people will join the demonstration at the MMRDA grounds.

Food and vehicle parking arrangements have been prepared for individuals arriving from outside the city.

According to a railway official, a train from Nanded in central Maharashtra has been reserved for the Dussehra rally.

According to bus operators, the Shinde-led faction has hired at least 3,000 private buses from several Maharashtra districts to transport its followers.

According to sources, over 4,000 tourist cabs will transport supporters to the MMRDA ground.

The Thackeray group has reserved 700 buses to transport rally attendees to Shivaji Park.

According to a bus operator, the Thackeray group’s buses will transport Sena workers and sympathisers primarily from the Mumbai Metropolitan Region (MMR).

Buses and other vehicles hired by the Shinde side, on the other hand, will arrive from all over Maharashtra.

Many rebel activists are driving to the event site in their personal vehicles.

An official of the Maharashtra State Road Transport Company (MSRTC) told PTI that at least 1,700 state-run buses have been booked in various regions of Maharashtra, adding that this will produce more money for the cash-strapped corporation.

The Mumbai traffic police have made the required provisions for the parking of a large number of buses and other vehicles transporting workers to the demonstrations.