Women’s Cricket team have to be patient for a full-fledged IPL: Reema Malhotra, Former Indian Cricketer 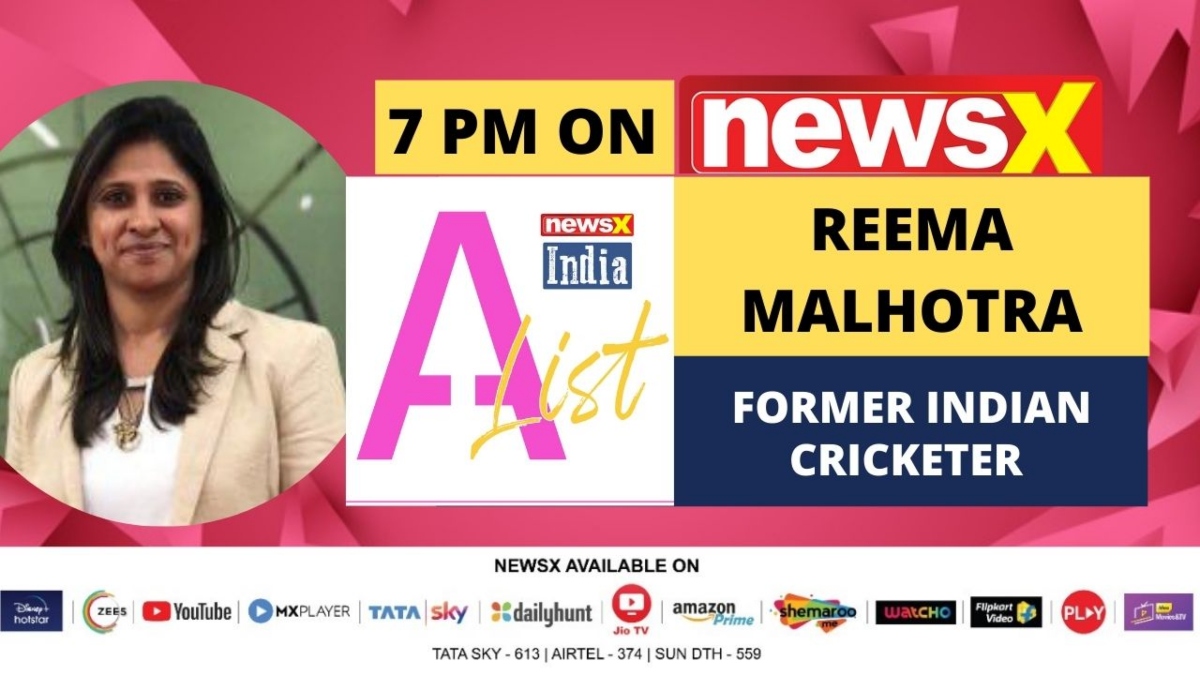 Reema Malhotra, Former Indian Cricketer and a prolific cricket commentator, was part of NewsX’s special series ‘NewsX India A-List’. In an exclusive interview with us, she talked at length about ho...

Reema Malhotra, Former Indian Cricketer and a prolific cricket commentator, was a part of NewsX’s special series ‘NewsX India A-List’. Known as an ‘All Rounder’, Reema has made India proud on the world stage. NewsX proudly recognises Reema Malhotra for her excellency in Indian cricket. In an exclusive interview with us, she talked at length about how Women’s cricket has vastly changed in the last few years with a significant increase in terms of facilities as well as matches.

When asked about her journey of becoming a cricketer and representing India as a part of the Women’s Cricket team, Reema said, “I was not aware of Women’s Cricket team while I was playing multiple sports. I used to go along with my father who was a cricketer to watch his matches of Indian Airlines and from there, my interest aroused. I used to play street cricket with boys and at that point in time, there was only Men’s Cricket. I got selected for baseball camp and the cricketers and coaches noticed me and told me about Women’s Cricket and they asked me if I was interested. I said yes and that was the beginning of my journey. I started playing cricket professionally from my college and I had debuted for India by then. It was in 2005 that I was selected for the World Cup and it was then that my profession and passion became one which was cricket. I was blessed with parents who supported me and were very encouraging, especially my father. I would also like to thank my mentor, Diana for whom I am here today”.

According to Reema, the game-changing moment was her scoring back to back runs at the One Day Women League held in Chennai. She states, “That is when I understood that sports had made me tougher and I am made for this. I became happy when I used to score runs and was appreciated. Happiness doubled when my parents appreciated me for playing so well. I learned a lot from cricket. I was awarded for being an All-Rounder as well as the highest runner. While I had been travelling to Delhi, I received a call and that is when I came to know that I was selected for the World Cup. That is when I realised I had to fulfil my passion”.

Her love for the game and passion has kept Reema going. She said, “I have always followed what makes me happy. Whenever I was in the field, I was happy. Cricket can give you success but also can lead to your failure and it is from cricket that I have learned that your failure on the platform can make you reach heights. During 2007, I was not playing for any of the teams. That was one of the lowest points in my life and while I was playing for the Indian Railway Team, I could not bat so much and if you are not playing for the domestic, then how will you be picked? But, I never gave up and my parents have always supported me because they have taught me that falling down is a part of life. I never looked back from that point and my family has played a vital role in this. ”

Speaking about her journey as a commentator, Reema expressed, “I am loving this avatar. It was all of a sudden when I was selected to play for India and even this happened the same way. I had received a call from STAR Sports when India had been playing in the semi-final and they wanted that to be covered in Hindi because my forte was that. I told them that I have never done that but they confidently told me that I am a part of the game. You know how the Women’s Team works and that is your forte. I still remember that moment and the STAR Sports team helped me a lot. This is my second passion or innings”.

Throwing light on the state of Women’s Cricket in the country, she commented, “In 1983 Men’s Cricket, World Cup had been climbing the upper graph while it was in 2017 that Women’s Cup started following the same trajectory. After BCCI has come, a number of things have been changing for Women’s Cricket. Women’s T20 Challenge has also begun and in a few years, Women’s IPL will be played full-fledged. If you compare, there is now a vast difference and now there is also the contract system. The graph is definitely climbing up and if you take little steps, you will reach the heights and that is what BCCI is doing. Women’s Cricket Team have to be patient for a full-fledged IPL and definitely, this is a positive step”.

Reema Malhotra also took this opportunity to congratulate Mithali Raj for scoring a record of 10, 000 runs and the second world over. She stated, “The hard work and fitness that takes to achieve this is difficult. Hats-off to Mithali Raj. She is an inspiration to youngsters not only on the field but also off the field”.