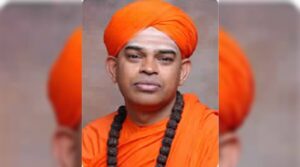 Two underage girls who have accused the head pontiff of the Murugarajendra Mutt in Karnataka’s Chitradurga district of sexual abuse recorded statements before a magistrate on Tuesday. As part of their investigations, the Chitradurga district police produced the two victims in front of a Judicial Magistrate First Class (JMFC) to record their statements under Section […] Randeep Singh Surjewala, national general secretary of the Congress, described Basavaraj Bommai as the “most incompetent Chief Minister” in the entire nation, adding that his party has made a commitment to not give up until and unless it is successful in toppling the BJP government in Karnataka with the support of the people. A crucial […]