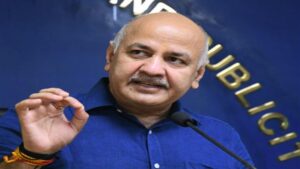 Manish Sisodia, the deputy chief minister of Delhi, made the sensational claim on Monday that a CBI agent committed suicide after being pressured to fabricate a case against the AAP leader. Sisodia also questioned Prime Minister Narendra Modi about why officers are under such intense pressure. “A CBI officer was under pressure to fabricate evidence […]