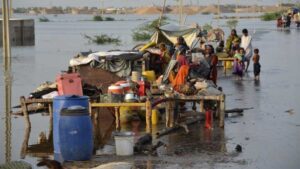 In his first remark on the floods in Pakistan, Prime Minister Narendra Modi said he was “saddened” to see the devastation and “hoped for an early restoration of normalcy.” Earlier, under the UPA government, India provided help to Pakistan in the aftermath of the 2010 floods and the 2005 earthquake. After becoming Prime Minister in […]