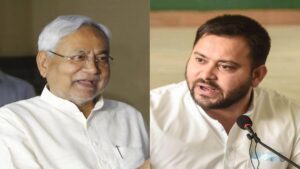 As Chief Minister and JD(U) leader Nitish Kumar, meets with party leaders amid accusations of a dispute with ally BJP, the future of Bihar’s NDA coalition government is anticipated to be clarified today. Numbers in the state assembly favour Mr. Kumar, if he does break up with longtime ally BJP, even as Nitish Kumar’s Janata […]