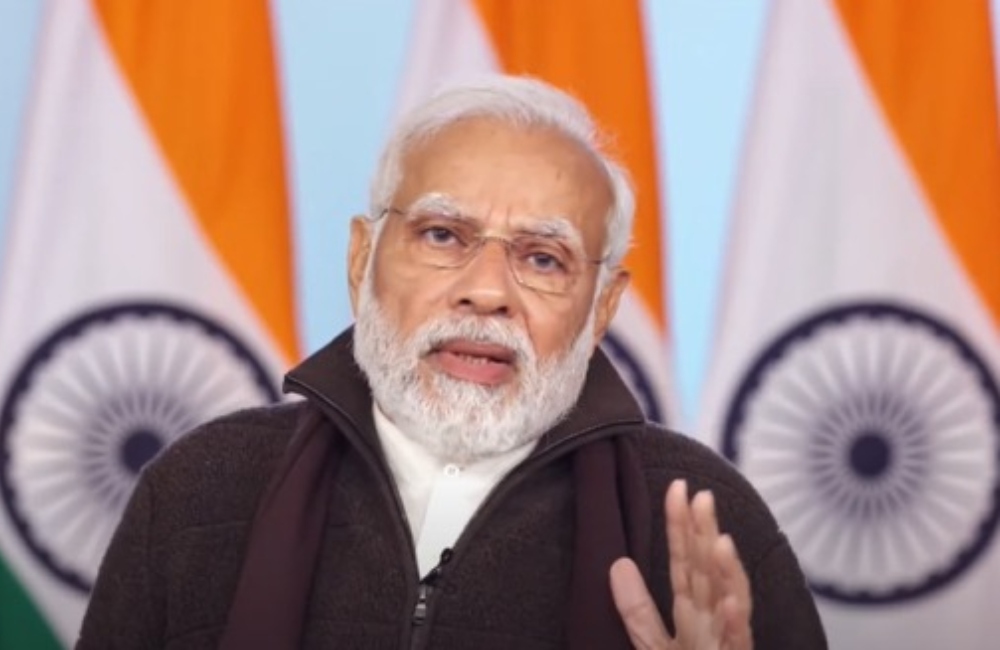 The country has made substantial progress in ensuring its security, according to Prime Minister Narendra Modi, and Amrit Kaal will benefit greatly from the Water Vision for 2047.

Prime Minister Narendra Modi on Thursday said that the country has made significant strides in water security, and the Water vision towards 2047 will be a huge contribution to Amrit Kaal.

“India has made major strides in water security. Our Water vision towards 2047 will be a big contribution to Amrit Kaal. The nation is working together to build 75 Amrit Sarovars in every district. Till now 25,000 Amrit Sarovars have already been constructed,” said PM Modi. He asserted that the states’ efforts for water conservation will go a long way in achieving the collective goals of the country. Prime Minister Narendra Modi made this statement while addressing the All India Annual State Ministers’ Conference on Water.

Highlighting the importance of technology, he said, “Technologies like geo-mapping and geo-sensing are playing an important role in the work of water conservation. Various startups are also cooperating in this work.”

Prime Minister Modi said that only the government’s efforts towards water conservation are not enough and people’s participation is of utmost importance.

“Only the government’s efforts are not sufficient towards water conservation. A new chapter of Jan Bhagidari (People’s Participation) needs to begin with multiple stakeholders from all sections of society. In the campaigns related to water conservation, we have to involve people, social organizations, and civil society as much as possible,” said PM Modi.

Citing the ‘Swachh Bharat Abhiyan’, PM Modi said that the success of the campaign was ensured with public consciousness and awareness and the same thinking has to be awakened in the public for water conservation as well.

“When people joined the ‘Swachh Bharat Abhiyan’, consciousness and awareness also came to the public. The government mobilized resources and did many works like water treatment plants and toilets. But the success of the campaign was ensured when the public thought not to spread filth. The same thinking has to be awakened in the public for water conservation as well,” said PM Modi.

Advising the industry and agriculture wherein the requirement for water is high, he said that both sectors should run a water conservation campaign together.

While addressing the challenges of water security as part of the [email protected] plan, the Prime Minister has proclaimed the ‘5P’ mantra which includes Political will, Public financing, Partnerships, Public Participation and Persuasion for sustainability. India’s water sector will play a significant role in achieving the heights India strives to reach in the next crucial years, said a press release on Wednesday.

The primary objective of the 2-day conference is to gather inputs for [email protected] and 5P vision from the different water stakeholders of the states, water being a state subject, and also to improve engagement and partnership with the states and to share the initiatives and schemes of the Ministry of Jal Shakti.