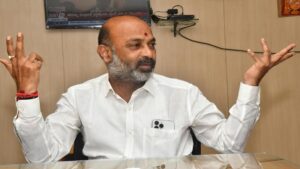 Bandi Sanjay Kumar, the head of the Telangana BJP and a member of the Lok Sabha, was detained on Tuesday by the police in the Jangaon district, escalating the conflict between the JP Nadda-led party and the TRS. Visuals demonstrated that there were several BJP members present at the scene when Kumar was loaded into […]