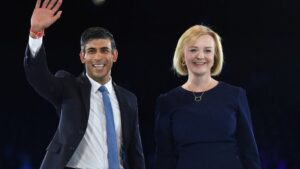 In the race to become the next prime minister of Britain, Liz Truss beat Rishi Sunak. After a summer-long internal campaign ignited by Boris Johnson’s departure in July, she defeated her competitor, former finance minister Rishi Sunak, by 81,326 votes to 60,399 votes. Liz Truss will become Britain’s third female prime minister. After spending the […] 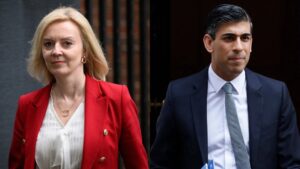 According to the most recent poll by a betting exchange firm, British Foreign Secretary Liz Truss is dominating the race to succeed Boris Johnson as the UK’s next prime minister by 90%. According to Smarkets, Liz Truss has a 90.91 percent probability of being the next permanent member of the Conservative Party following Johnson, but […] 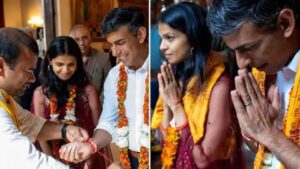 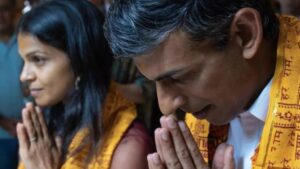 In honour of Janmashtami, which commemorates Lord Krishna’s birth, prospective British prime minister Rishi Sunak and his wife Akshata Murty went to a temple on Thursday. Sunak tweeted a photograph of him and his wife praying at the ISKCON temple in Watford, saying, “Today I went the Bhaktivedanta Manor temple with my wife Akshata to […]